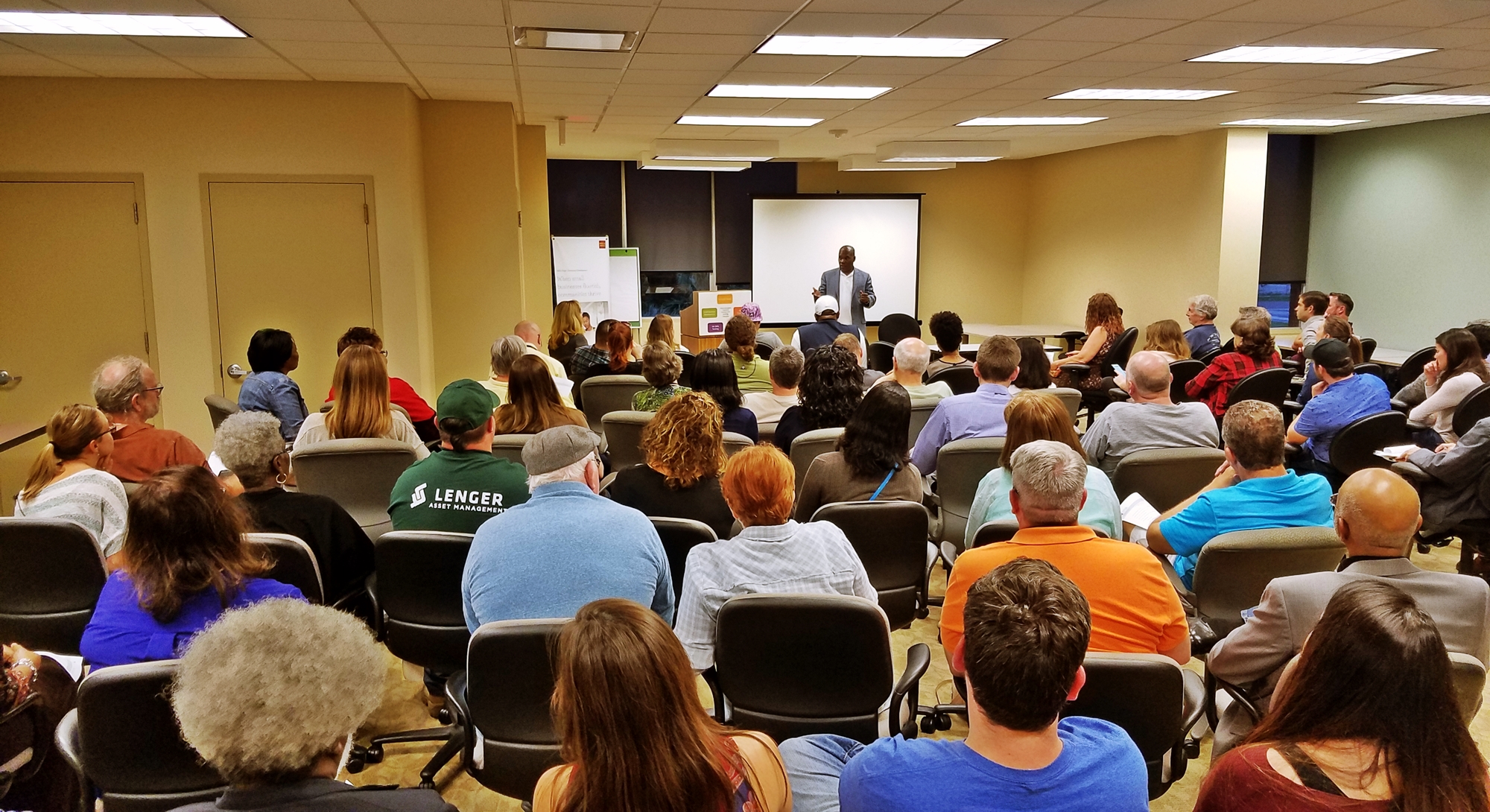 1) GNP apartment project on Klutho Park. After an extensive search for an architect was held, which lasted several months, an architect for the project has been chosen by GNP and they are actively planning to develop the site. Councilman Gaffney has also met with GNP recently discuss their development plans.

2) Boys & Girls Club project at 10th & Liberty. The Boys & Girls Club is still fundraising to meet their goal for the project. Over $2.2 million of their $3 million target has been raised, and other funding resources are now being explored.

3) Hogans Creek Greenway. The second phase of the greenway (a pedestrian pathway connecting multiple parks in the neighborhood) is being redesigned to better fit the architecture and landscaping needs of the area. This second phase will include JEA allowing the greenway path to go across their property just South of 1st & Laura. JEA's property has been fenced off from the public for over a decade, so allowing the greenway to pass through is significant and a key connection in the plan. Adjacent sidewalk repairs in the area will also be made as part of this.

4) Klutho Park improvements. SPAR has worked with JEA and the city's Parks Department to identify numerous opportunities to improve and remove blight from Klutho Park. JEA will remove some of the large piping which crosses Hogans Creek, will remove duplicate telephone poles in and around park, and refurbish or replace manhole covers in park.

5) Main Street improvements. SPAR spoke with FDOT recently who reported that construction on historic Main Street bridge just south of 1st & Main Street will be finished in April 2017. The Henry Klutho-designed bridge was found to have structural defaults in 2016, and will have been closed about one year by the time it reopens. In May 2017, Main Street between State Street and Union Street in Downtown Jacksonville will be converted to two way, enabling better access to Springfield's Main Street from Downtown. SPAR has worked with various city departments, and both Councilman Newby and Councilman Gaffney, over the past year to secure $22,000 in landscaping improvements for Main Street. Specifically, this will fund removing dead or dying trees, planting new trees, and installing irrigation and ground cover in tree wells. Special thanks to Jolee Gardner, SPAR volunteer, who spearheaded this project.

6) Public Works updates. SPAR met with the Director of Public Works for the City of Jacksonville recently, which resulted in the following:

7) Councilman Gaffney reports that the J-bill, supported by SPAR and other entities, is going through the State legislature now . If passed, it would enable Springfield and other select historic neighborhoods in Jacksonville to allow restaurants of a smaller size (1800 square feet and 100 seats) to serve liquor, making them more economically viable and encouraging business investment in our area.

The new schedule for public meetings where people can provide their input in-person on this issue is:

Councilman Gaffney mentioned that those who attend public meetings to provide their input are often the most persuasive.

9) Upcoming events. Volunteer and sponsorship opportunities for the Historic Springfield Tour of Homes on May 20th & 21st are now available. Seven homes will be featured within walking or biking distance, and the Tour will be featured extensively in Jacksonville Magazine, along with major Tour sponsors. A new on-going free event called "Second Sundays in Klutho Park" will debut on April 9th. The Spring to Fall event series will feature live musicians, craft beer, fresh produce, and family friendly activities. This event is sponsored by SPAR and the city's Parks Department. Vystar Credit Union recently opened a new branch at the corner of W. 7th & Main Street. Upon doing so, they engaged SPAR on how to get involved with the community. Vystar chose to be the title sponsor of the July 4th Throwback Baseball Game, and presented a check for $2,000 to SPAR as an investment in the community. Thank you!

About 80 people attended the meeting, ending at 7:30pm