Bicyclists, rejoice! Springfield is officially the most bike-able neighborhood in Jacksonville’s urban core, according to WalkScore.com. This recognition was based on scoring using four components including bike lanes, hills, destination and road connectivity, and bike commuting mode share. Additionally, Springfield Preservation and Revitalization Council (SPAR) received a Neighbors Get Moving award from the City of Jacksonville in 2018, recognizing it for its role in organizing and promoting wellness activities in the Springfield Historic District community.

Residents and visitors can enjoy a ride on the S-Line Urban Greenway, a nearly three-and-a-half mile paved bike trail through multiple urban core neighborhoods, or easily bike to many of Jacksonville’s other locations and destinations.

Bicycle maintenance stations are located behind the SPAR Office at 1321 N. Main St. and in Henry J. Klutho Park at the intersection of Pearl Street and W. 3rd Street. Support for these maintenance stations comes from an AARP Community Challenge ‘Quick Action’ grant program. You'll also find a plethora of bicycle racks at local businesses throughout the neighborhood. 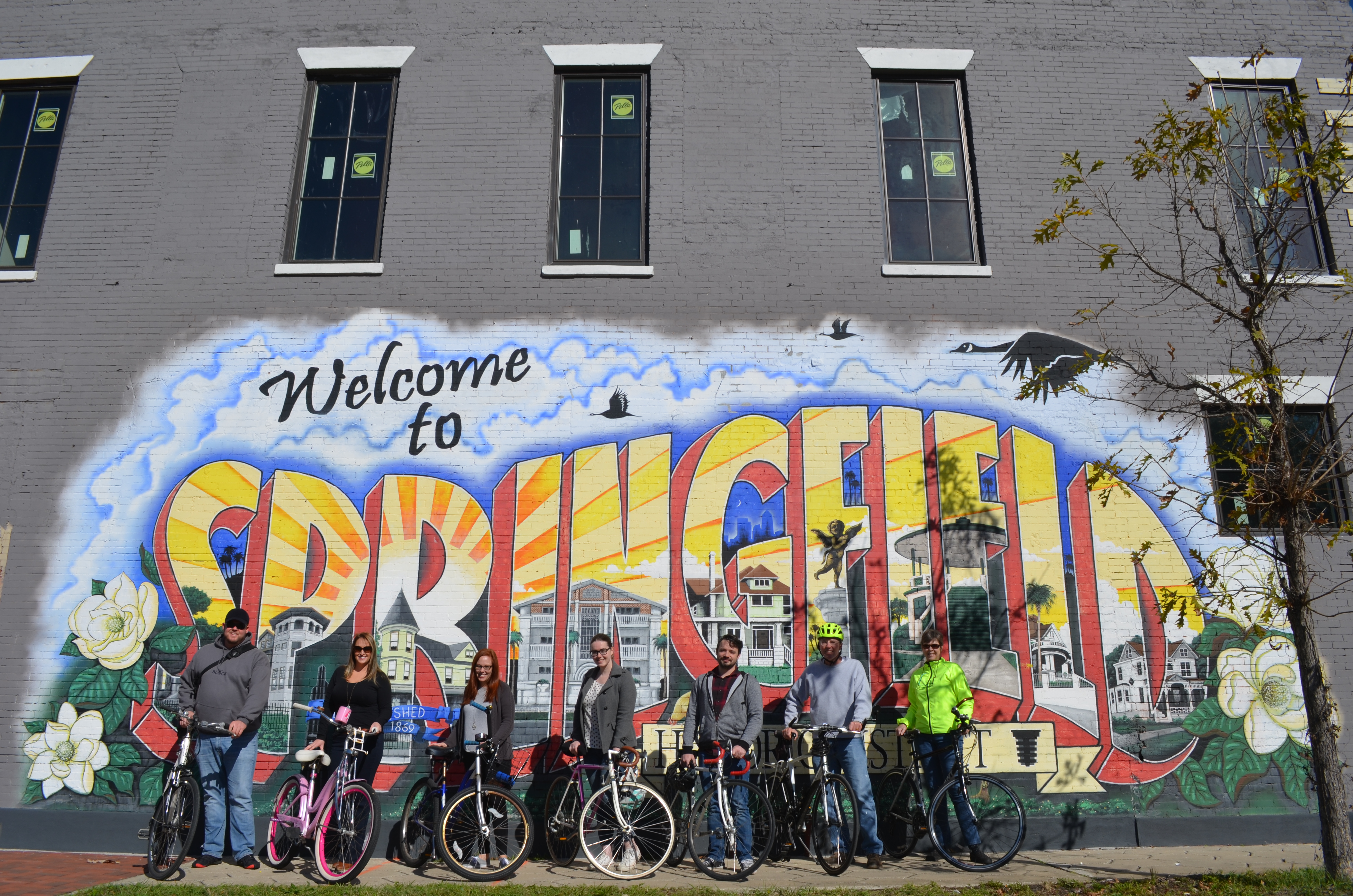 Check Out our Routes

Built in the late 1930s and added to the National Register of Historic Places in 2020, Durkeeville is a historically Black neighborhood that was founded at a time when African Americans were excluded from living in other parts of the city. On your trip to Durkeeville along the S-Line Urban Greenway, you can visit both J. P. Small Ball Park (home to the Negro Baseball League's Jacksonville Red Caps and the city's first Florida-Georgia games) and the Durkeeville Historical Society. Reach out ahead of your trip to schedule a tour with DHS! 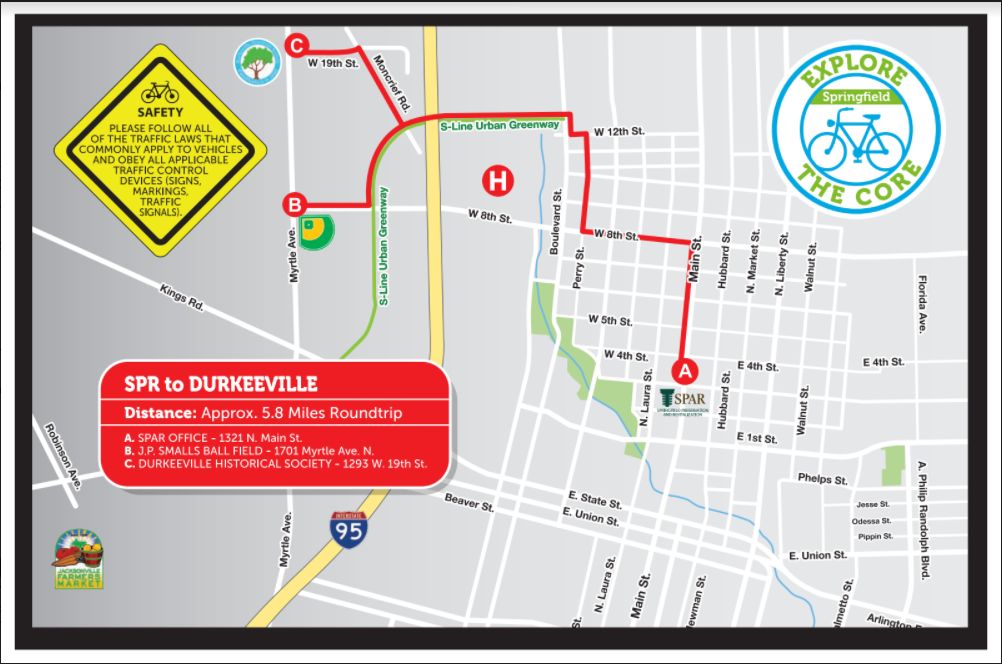 As you cycle along A. Phillip Randolph, take some time and absorb the story told within the murals painted on the Eastside. The historical scenes, including a student-painted depiction of Ax-Handle Saturday and the vivid colors of the Locals and Legends mural featuring impactful African-American residents of Jacksonville, are intentional and are there to introduce visitors to the rich history of the neighborhood. 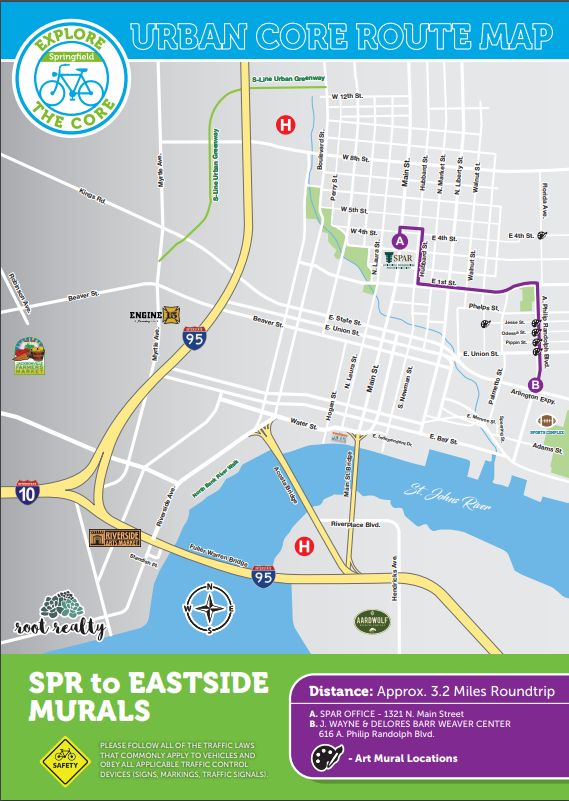 On your trip to the Railyard District along the S-Line Rail Trail, make sure to take a moment and enjoy the Sugar Hill Mosaic located near the cross-section of West 13th Street and North Davis Street. This five-foot high, 96-foot long mosaic, a collaboration between RouxArt and Groundwork Jacksonville, honors the legacy of the Sugar Hill neighborhood, which was once the center for African-American prosperity in Northeast Florida. In addition, this first piece of the Emerald Trail will take you right past Engine 15 Brewing Company’s Downtown location on your way to the Jacksonville Farmers Market. 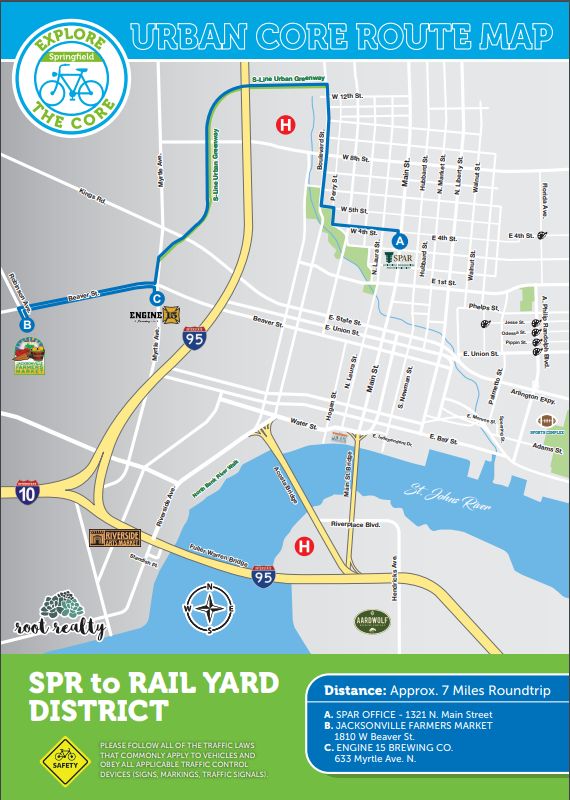 Taking place every Saturday from 10 a.m. to 3 p.m. underneath the Fuller-Warren Bridge, the Riverside Arts Market (RAM) is a must-see destination in Jacksonville’s urban core. Serving more than 100 artists, artisans, makers, farmers, this family-friendly and dog-friendly bazaar has something for everyone. RAM features different theme days throughout the year, as well as activities throughout each day such as 9AM yoga, dance and musical performances, and guest speakers in the 350-person amphitheater next to the St. John’s River. 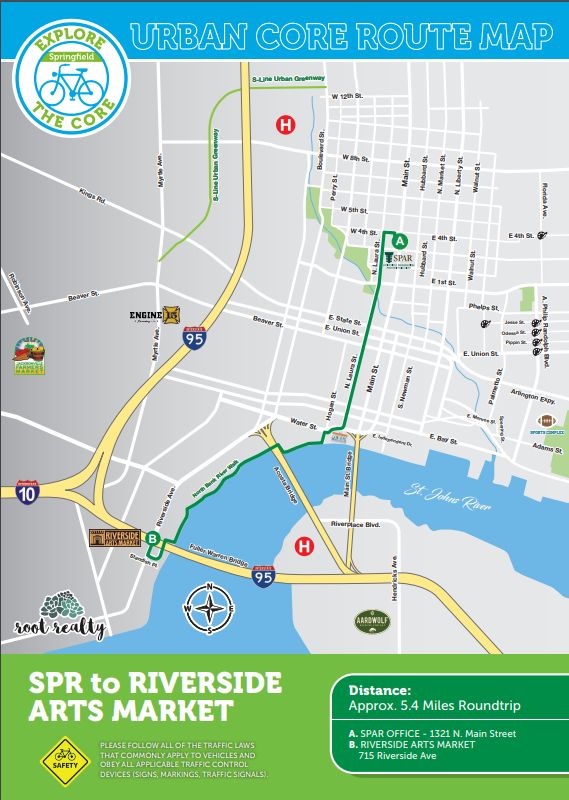 It’s quite lucky to have another of Jacksonville’s vibrant Historic Districts just a short cycle away. The route to San Marco is a straight-shot due south and across the Main Street Bridge. While the end point of this route is Aardwolf Brewery, you can continue down just a bit further to San Marco Square, named after Venice’s Piazza San Marco, after enjoying a pint of delectable craft beer. 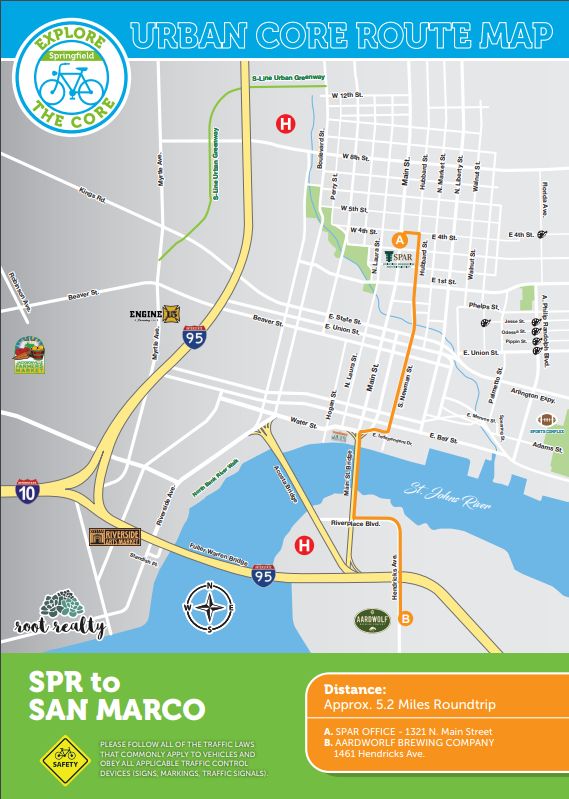 Historic Springfield to the Stadium Area

Have tickets to a concert at Daily’s Place? Heading to an event at Veterans’ Memorial Arena? Or maybe heading to see the Jacksonville Shrimp or the Jacksonville Jaguars play at home? Don’t combat the traffic! Whether you live in Springfield or want to come have a dinner or a brew before your planned night out, cycle this route down to the Stadium District for any of the hundreds of events scheduled throughout the year. 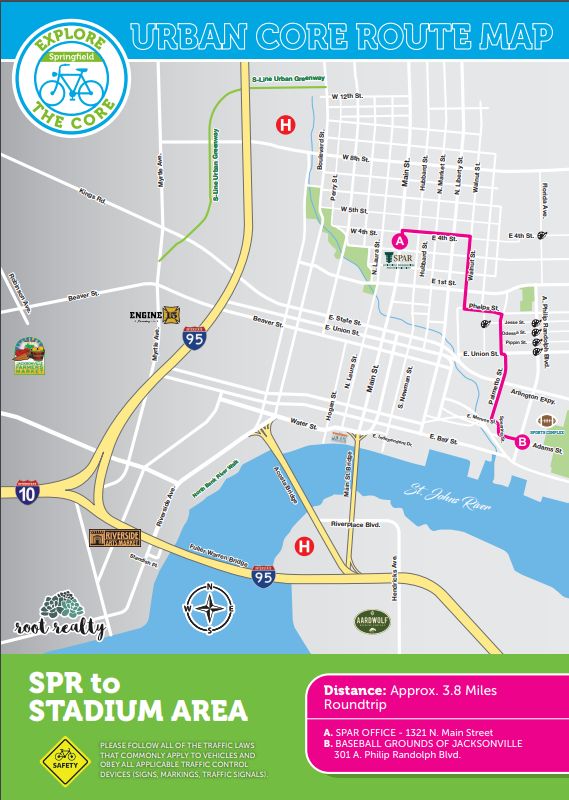 Special thanks to Art Bikes Jax for sponsoring our bike socials for 2022! Remember to bike responsibly and obey all traffic laws. 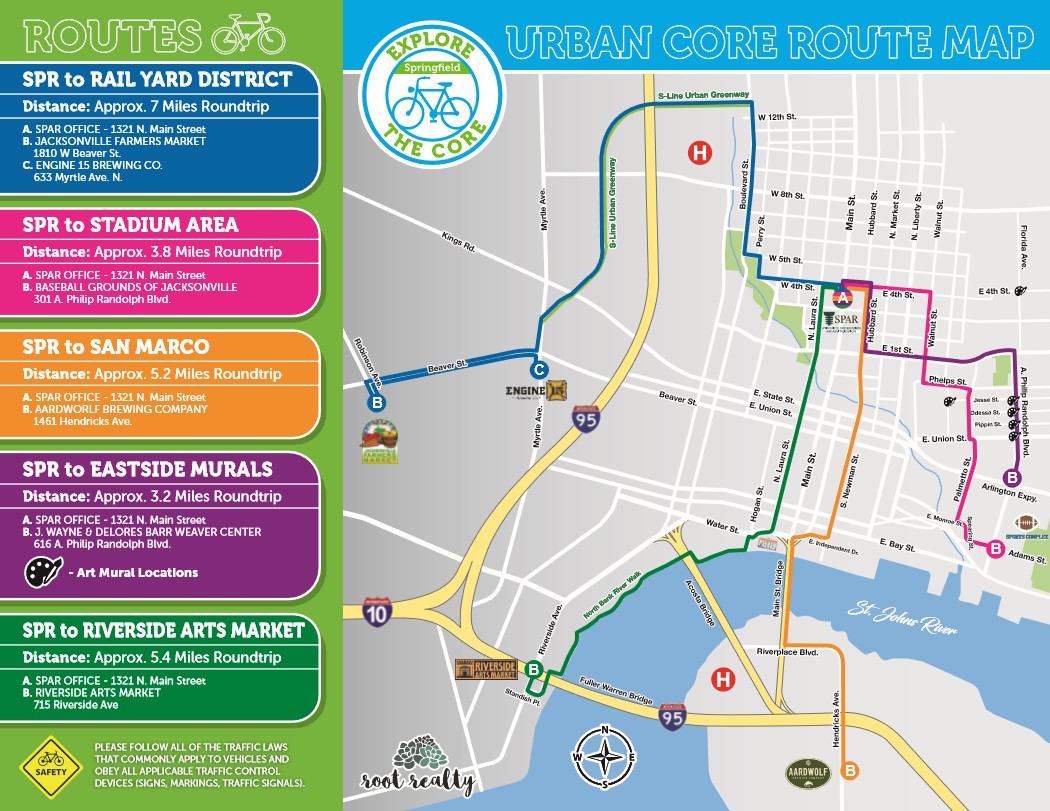