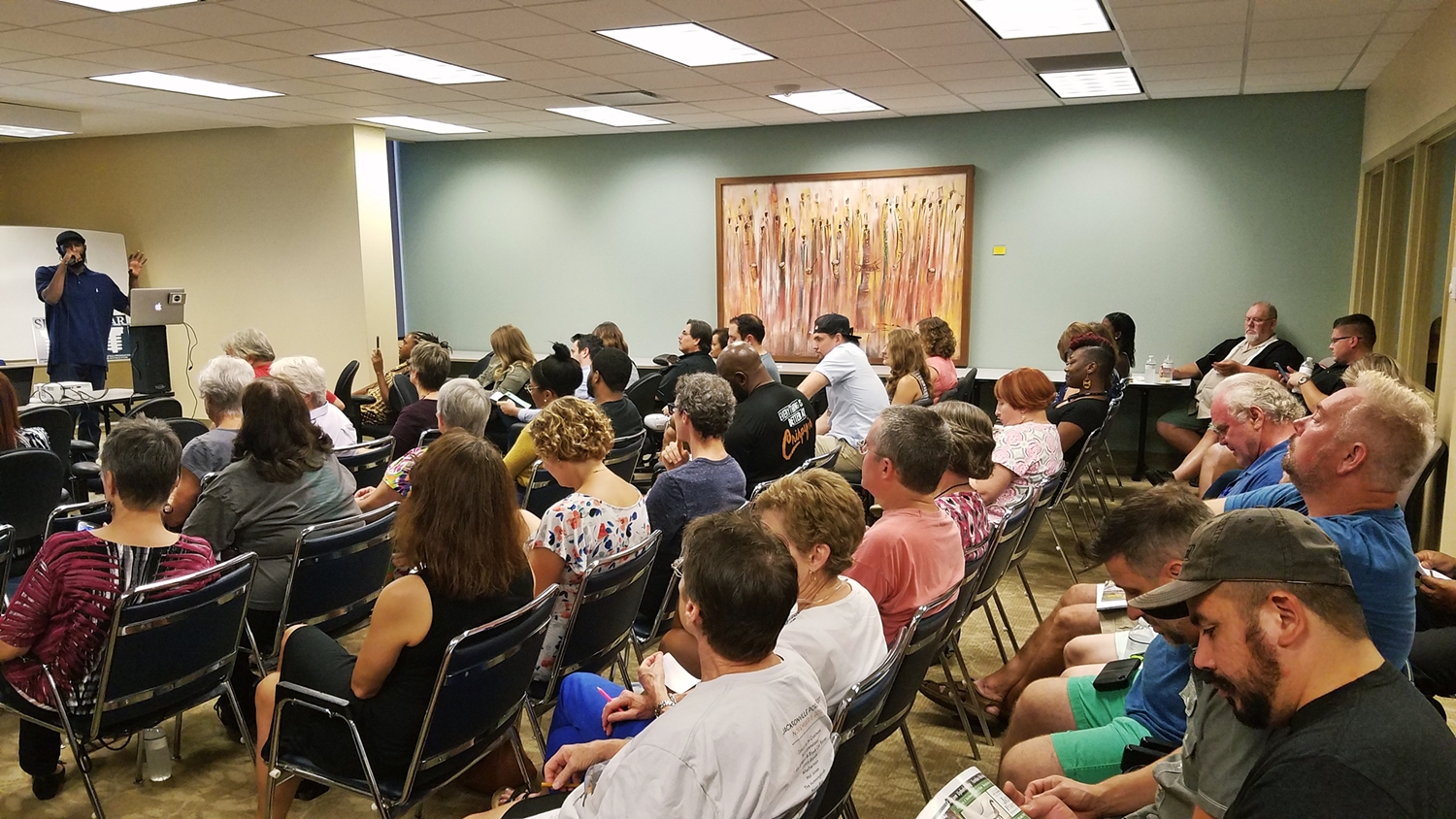 The purpose of the meeting was to elect new individuals to the Board of Directors, provide a Year-in-Review and hear from two special guests. Aundra Wallace, CEO of the Downtown Investment Authority (DIA), shared progress and projections of Downtown development and the impact on Springfield. Mal Jones, local hip hop artist, educator and folklorist, performed and shared his passion for teaching through music. A Year-in-Review of SPAR activities was presented, along with Board elections.

Michelle Tappouni, SPAR President, welcomed the crowd of attendees, thanked volunteers and shared parting words, as she has chosen not to pursue the same position in the coming year. Christina Parrish Stone, SPAR Executive Director, hosted the remainder the meeting, introducing the first presenter, Aundra Wallace of the Downtown Investment Authority.

Mr. Wallace provided an overview of his personal experiences and resume in the field of Downtown and urban core development and revitalization in Miami and Detroit. He stressed that change is coming to Springfield through increased investment and improvements in residential, commercial and public properties, and it is up to the community to decide on how that change will be managed. A review of past, current and near-future Downtown development projects assisted by the DIA were described, including exciting historic renovation projects like the Cowford Chop House and Barnett Bank Building. He explained that large historic renovation projects often require public dollars to make them economically viable, but that the over time that these investments present obvious value. Wallace also mentioned how ensuring affordable housing is available in Downtown Jacksonville will be a key moving forward as the area continues to develop, and how the DIA has supported such new housing developments. Wallace shared that he is a new homeowner of the Springfield Historic District himself, and feels strongly that investing in Springfield now is a smart financial decision, given market trends both locally and nationally.

Mr. Mal Jones was then introduced, also a new Springfield Historic District resident, who explained his various roles as hip hop artist, folklorist, educator, mentor and ambassador of the arts. Jones is the organizer of The Lyricist Live, a free style rapping event held in Downtown Jacksonville during the monthly Art Walk. He described how the event provides a positive influence on youth (no curse words, no violence tolerated) which he uses to teach life lessons and support creativity. Jones reviewed his various honors, such as being named a Master Folk Artist in 2013 and serving as a cultural ambassador of Jacksonville while in England in 2016. Jones then performed an original spoken word piece about William Shakespeare, which impressed the audience very much. Jones will perform at Jacksonville PorchFest on November 4th, 2017. Note that Jones also performed prior to the meeting's start, during the meet and mingle time..

At this time, six new candidates for the Board of Directors were introduced, along with one candidate seeking a 2nd term: Soner Acar, Janie Coffey, Noelle Easterling, Todd Hollinghead, Kelly Lezama, Michael Montoya and Mark Morley. Bios of each candidate and voting ballots were previously distributed to SPAR members. All candidates spoke briefly, sharing a little about themselves and about why they wished to serve on the Board. Voting by members commenced.

While members filled out their ballots and submitted them to be counted, Christina Parrish Stone conducted a Year-in-Review of SPAR activities, briefly touching on a wide variety of on-going work, projects, and events in the community, both general and specific. Including but not limited to: policy advocacy with local government, partnering with other local community groups, hosting community events and forums, coordinating with law enforcement, media coverage, and supporting local business.

After, Jaimee Stewart, SPAR Governance Committee Chair, announced that all six of the new candidates were elected to serve on the Board, and the returning candidate was elected to their 2nd and final term.

Prior to ending the meeting, Parrish Stone announced that she will be stepping down from her position as SPAR Executive Director in November to pursue another opportunity in Downtown cultural programming. In the meantime, her focus will be on preparing for Jacksonville PorchFest 2017 and the upcoming organizational transition.

Over 100 people attended the meeting, ending at 7:30pm 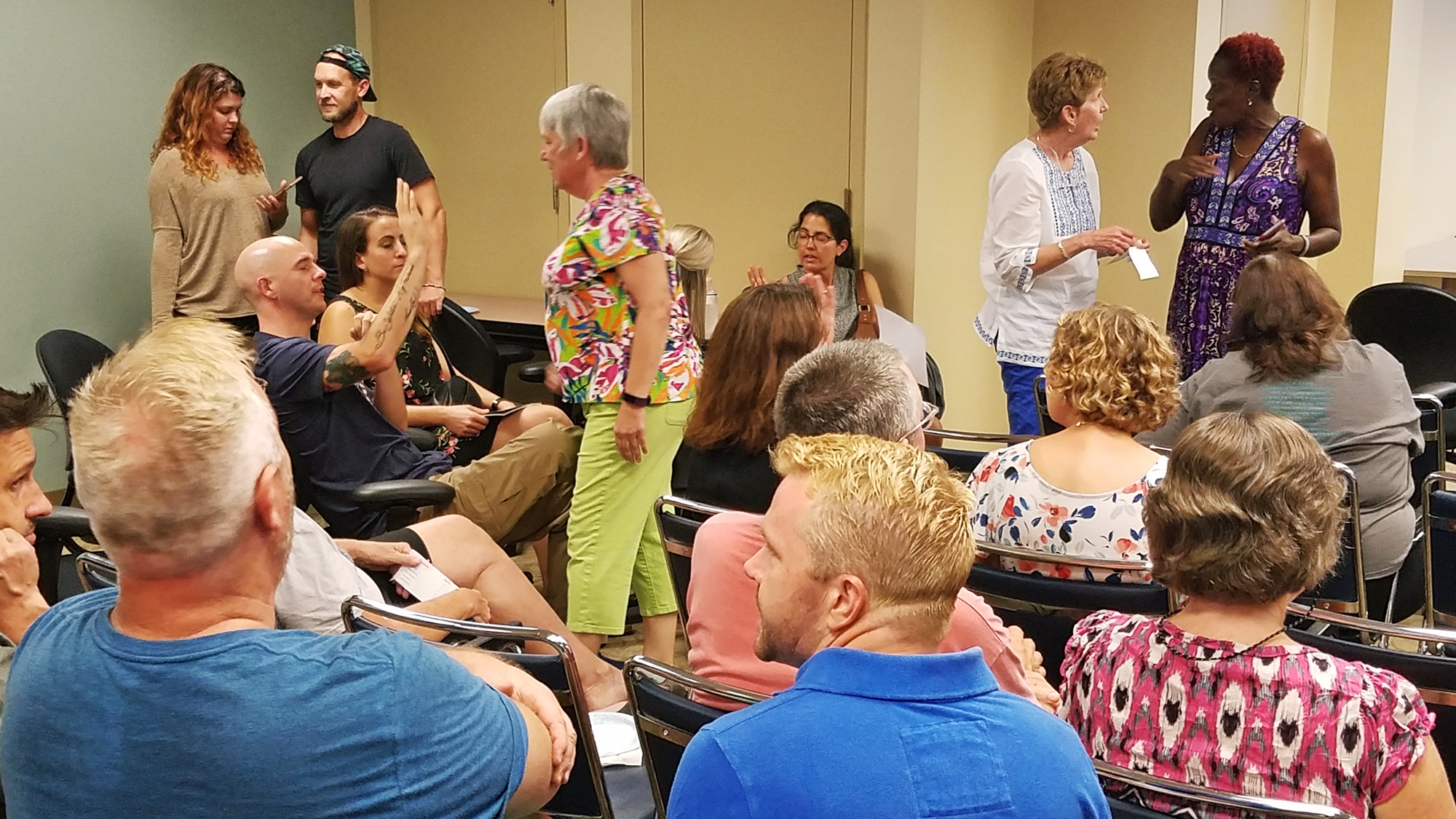 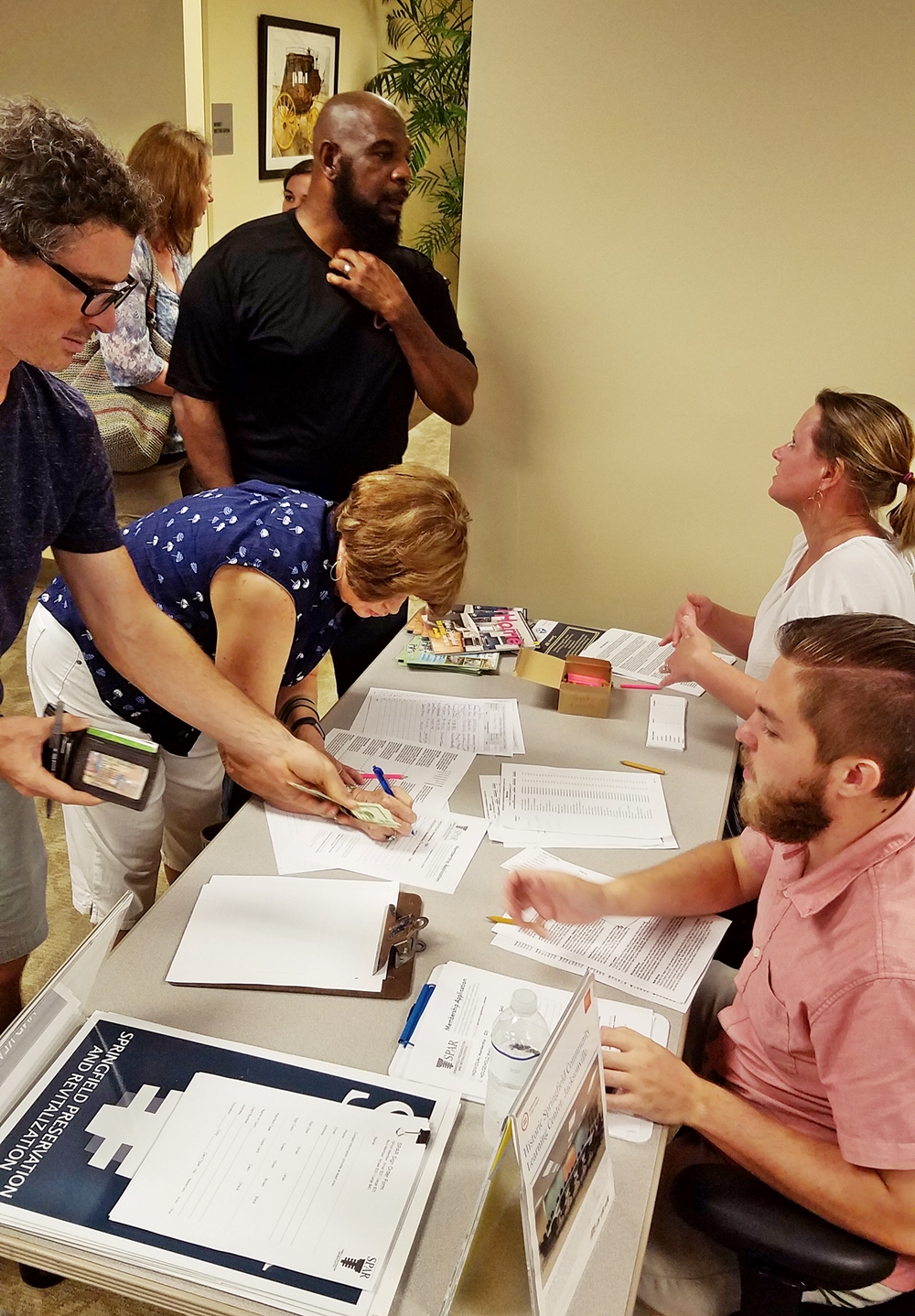