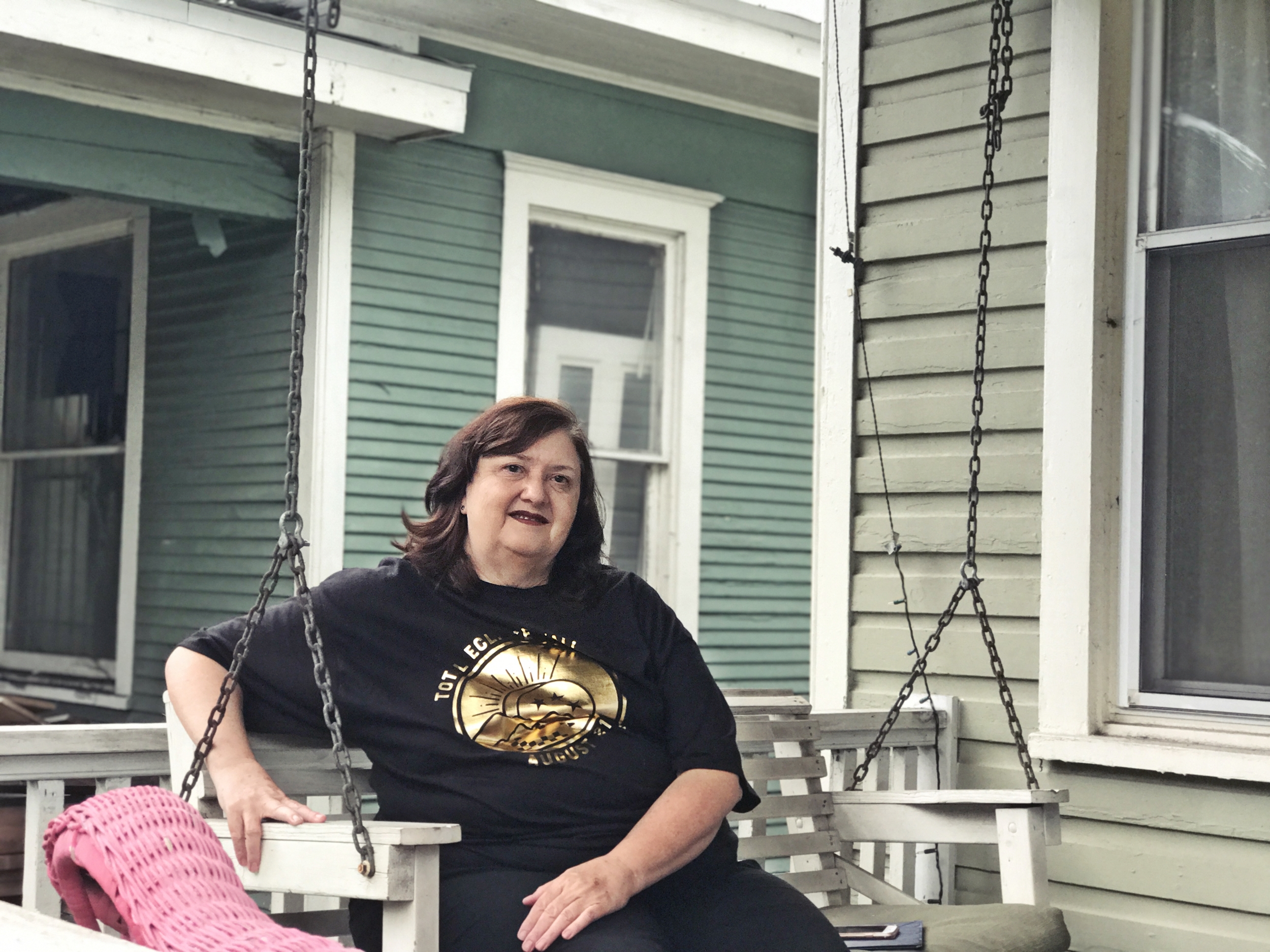 Article and photo by Lily Hinz

Debbie Thompson, in her own words, has her “finger in every pie” in Historic Springfield, but was hesitant to talk about herself. Her desire is to highlight the hard work and accomplishments of the many organizations in the neighborhood. During a sit-down with her, I was able to learn a lot about the many opportunities to volunteer and contribute just from hearing about her involvement. Debbie is a preservationist, an activist and a fantastic neighbor.

From helping to fund raise for the giraffe statue in Henry J. Klutho Park, to volunteering for the Tour of Homes, to restoration of the “Springfield, Est 1869” sculpture signs, she stays involved year round and does so with great humility and passion.

One of the many examples of how Debbie is involved in the neighborhood and has affected positive change is her taking advantage of various employer match programs. “Both my former and current employer will match employee contributions and will pay an organization for the time that employees spent volunteering,” Debbie explained. “For example, if I worked 50 hours, my employer would pay $250 to the organization.”

Debbie’s work with Preservation SOS has saved neighbors’ homes from being fined or sold due to code violations on their properties. “When we first started Preservation SOS, the city was tearing down houses left and right when they still had potential and ability to be restored,” said Debbie. “Something as simple as applying a fresh coat of paint can save a home from being condemned by the city, and we have been able to save several homes. The core group of members is a small one, but when we have an actual project, we’ll have 50 or 60 from the neighborhood show up”.

Debbie is also involved in the Springfield Book Club, the Garden Club and Sheriff’s Watch. The book club has been active, largely thanks to Debbie, for the last five years. “We used to meet in people’s houses but for the last few months we have been meeting at Hyperion, because it’s just fun,” said Debbie. The Springfield Garden Club is responsible for the most recent restoration of the rose arbor in Confederate Park.

Contact SPAR for information on joining any of these organizations or groups. Facebook is also a good place to get connected. And if you visit our local restaurants, breweries, or coffee shops you are likely to run into an enthusiastic volunteer like Debbie who will be happy to bring you into the fold.