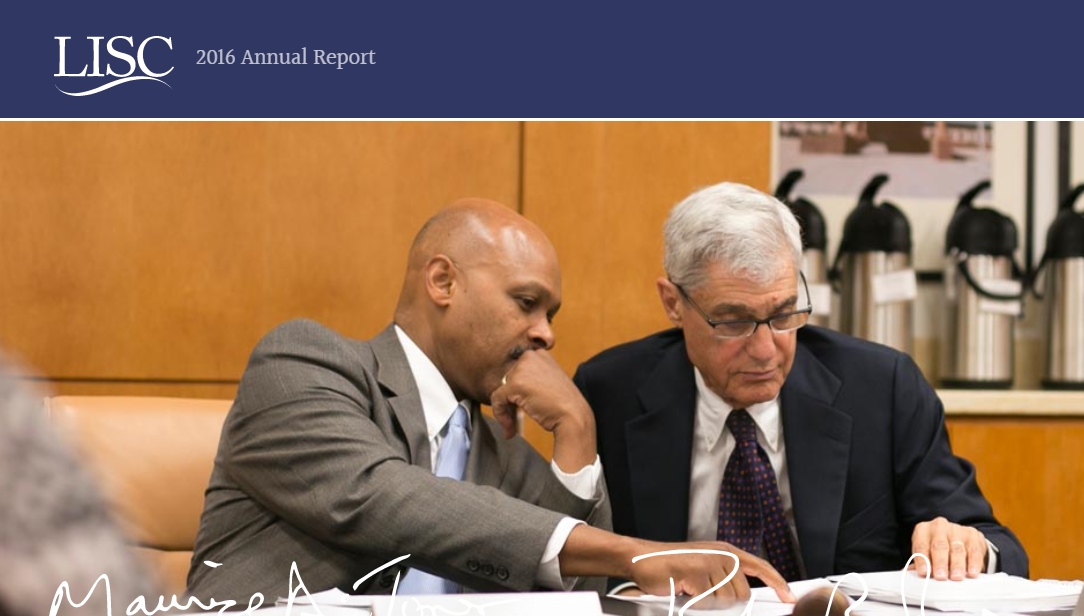 We are proud to have selected as a featured partner in LISC's national annual report, highlighting just a portion of the work we do in our community.

With support from LISC, community stakeholders and individuals, we are able to accomplish great things! Read the full report here.

"The historic Jacksonville neighborhood of Springfield occupies a spot on the National Register of Historic Places and, after decades of neglect, has been called the South’s number one “comeback” story. But in spite of the attention to the district’s gorgeous 19th- and 20th-century residential architecture, Springfield’s commercial corridor has been likened to a ghost town because of the number of abandoned restaurants and storefronts, including a vacant grocery store. It’s a Main Street in sore need of steady activity and opportunities for new businesses and good jobs for residents.

Working with the nonprofit group Springfield Preservation and Revitalization Council, SPAR, LISC Jacksonville has committed to boosting economic development in Springfield, funding a Metroedge corridor assessment and a market scan that gauged what it would take to turn the Main Street around.

LISC injected $75,000 for a development consultant and grants for physical improvements along the corridor and civic engagement. Early action grants in partnership with Wells Fargo helped bring a crime reduction program to the neighborhood as well as decorative banners and bike racks to promote a greener, bike-friendly community.

The return on that investment? A slew of new businesses are opening along Main Street, which will bring visitors, commerce and significant fulltime job opportunities to the neighborhood. Leading the way are two locally-owned craft breweries, Hyperion Brewing Company and Main and Six Brewing Company which, between them, will create a minimum of nine fulltime jobs. The soon-to-launched Crispy’s restaurant will ultimately employ as many as 20 people, just down the street from a mixed-use retail/housing project known as Third and Main.

SPAR, with LISC’s support, has assisted all of these businesses and many others with land use and zoning challenges, lease review and outreach to the community in preparation for opening. Now, Springfield’s corridor has a comeback story of its own."