Meet Your Neighbors: Will & Wendi and Leon 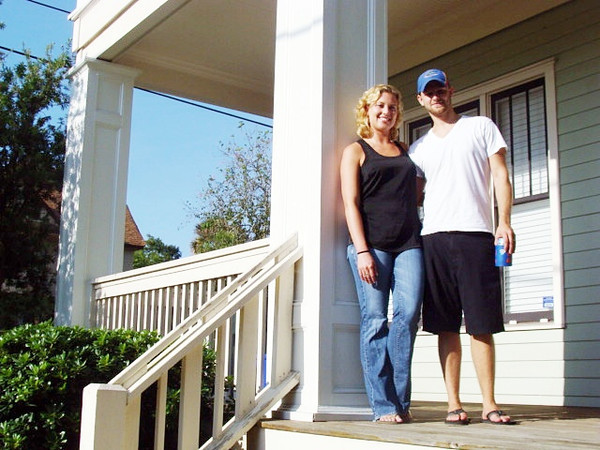 Occupation: Will works in insurance & Wendi works for the Jacksonville Aviation Authority.

Fun Fact: This is one glamorous couple. Will once worked as a male model for Nike in New York City, and Wendi declined a date with super star Shia LeBeouf at a Hollywood movie premiere.

What brought you to the Springfield historic district?

Will: We originally moved to Springfield a couple years ago to rent, then we moved away, and now we’re back.

I’m from Jacksonville, so I’ve known of the neighborhood. But what first brought us here was the search for a bigger rental. We were renting a little apartment in San Marco and really wanted to move into a bigger space, and ideally in a cool area with interesting things & people. A bigger place in San Marco was too expensive at the time, so we looked in Riverside. But the large rentals there were more than we wanted to pay too, so I started to look at similar neighborhoods where we could get more for our money. I found a house for rent in Springfield on Craigslist, and that’s how we first came to the neighborhood.

Wendi: He had some convincing to do. I had never lived in a "transitional" neighborhood before, so I had reservations. But we had friends who lived in the area, so they helped convince me to give it a shot.

Will: And we loved it. But when our lease was up, we decided to move into a relative’s property in Murray Hill for a year to save up cash for a home purchase. When we were ready to buy, we looked at our options, missed Springfield, and knew we could find the best deal here. We purchased our home in February 2013.

Did you buy a historic house or a new house, and why?

Will: We bought a newer house built a few years ago.  It just ended up that way. We looked some older homes, but the one's we saw needed a significant amount of work and we didn’t have the time to go through a renovation. So we waited to find something that eitjher was already renovated or new, and a new home came available first.

How did you know your home was the one?

Wendi: We had a really frustrating home search actually. Homes were selling so fast that they were under contract or had multiple offers before we were even able to look at them.

Will: It met the requirements. We wanted to move back to Springfield ASAP and we had watched so many houses get snagged just within a couple days of being on the market, so we pounced on this one when it became available. We didn't spend a lot of time thinking about it.

What was it about SPR that you liked so much?

Wendi: In no particular order, the community aspect is incredible. This is friendly, social neighborhood, and we like that. We also have good friends that moved here before us, just a couple blocks away, so that was definitely a factor. Being centrally located to many things we like to do around the city is ideal for us. And it’s a good joggers neighborhood too. Something I just took up.

What would you like to see happen in the neighborhood moving forward?

Will: We love what there is here in terms of business, but we need a lot more of it. We hang out at many of the nightlife establishments in Riverside, so it would be awesome to see that same kind of thing develop here on Main Street.

Plan on participating in any of the events or organizations in the community?

Will: We did the 5k a few months ago. It was our first ever. We beat the walkers!

Wendi: We’d like to go to the First Friday parties. We’ll see what else.

What did your friends & family think of the big move?

Wendi: My family lives in Ponte Vedra, so there were definitely some raised eyebrows when we told them. But they’ve visited and love our house, I just wouldn’t count on them being your next new resident interview.

Will: Our friends think it’s cool. Some are looking into thier options in the neighborhood now.

Do you have any advice for someone thinking about moving to the Springfield historic district?

Wendi: Do it. Quickly.

Will: Be our neighbors! 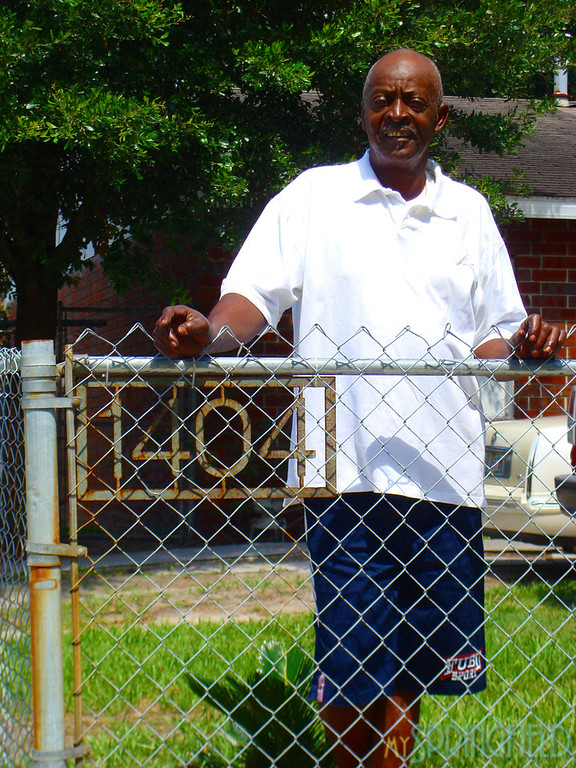 Fun Fact: Leon and his wife Barbara have mentored over 25 children in the neighborhood through three decades.

What brought you to the Springfield historic district?

At the time, in the late 70’s, my wife & I were living in the Fairfield neighborhood not too far away from here. The city wanted the land for development, and they took it. They seized lots of houses there, including ours. So we had to move with a young child, and we were really just looking to find the most economical place to live. We liked Springfield because it was racially mixed. The racial tension was less here. But the plan wasn’t to stay for long. We wanted to buy a starter property, so we bought a little brick townhome. The plan was to keep trading up, but we’re still here in the same place 30 some years later. It’s low maintenance and just enough room, so why move?

Once we moved into the neighborhood, we came to found out what the word “neighborhood” really meant. There were always lots of children around, especially on our block. Everyone knew each other on our block.  Mr. Nelson was a retired Fire Captain who lived down the street. He had an old hound dog named Duke that looked just like famous one on TV. An Italian man, Mr. George, lived on the corner of our block. He owned a number of properties around here. Everyone was always able to get along here. Of course, most of the old folks have passed away by now, but it was satisfying seeing the kids on our block grow up to be parents themselves. That gives me a good feeling.

Somewhere around the mid-1980’s though, crack cocaine came into the neighborhood and really caused havoc. Murders, rapes, car accidents, broken families, and arsons. I saw all of that just within a block of my house. I remember on Christmas Eve, across the street from us, in the house that’s refurbished now, had a family living there. A mother and her children. Someone set the house on fire and they were all badly burned or died. It was horrible, and on Christmas Eve. About five doors down from us an elderly gentleman was robbed and murdered, and then his house was set on fire to cover it up. It was never proven, but that’s what we all suspected. Another day I saw a dead white man lying in a grassy field a block away. Those kinds of things really scared us. That one drug really changed the neighborhood more than I can say. That’s why I’m happy to see the positive change.

What do you attribute the positive changes in the neighborhood to?

Sometime in the 90’s the Springfield community group started to get organized. They lobbied for improvements and got the neighborhood together. Then the city auctioned off a bunch of rundown properties. They gave the properties to people that would restore them. That was really the first thing that really started it.

In your 30+ years of living in Springfield historic district, what changes have you seen?

For one it wasn’t a historic district when we moved in. That was done in the 80’s, I believe, and they drew the boundary line right on our street. In some ways it was like fencing in the neighborhood, because now people couldn’t do everything that they used to do with houses, like chop them up and rent them out to transients. That was a good result, but a bad result, in my opinion, was that many people couldn’t afford to move here anymore. Vacant land became too expensive to buy and build on for your average Joe like me.

But lots of new houses have been built, there’s not that much crime around here anymore, and there’s been an infusion of new people doing the right things. Lots of good energy. Many positive changes in the last 10 years especially.

What do you enjoy about living in the neighborhood now?

One of the features of the neighborhood that has kept us here is how convenient everything is. Within a mile, maybe half a mile, we have a community center, lots of parks, different shops, banks, and small restaurants. We even have a doggy park. Just beyond that you have a grocery store and Downtown. We like being able to walk to things too. But one thing especially appealing to us older folks is having a medical center (Shands Hospital) so close by.

I’ll tell you something else too. Even after living in the same place for 30 years, one day you can open your eyes and see something completely new and beautiful. Like these big oak trees we have. They’re taken for granted because we see them every day, but they’re special.

What advice do would you give to someone thinking about moving into the neighborhood?

You can get a good deal here and the location is perfect to get to wherever you’re going. We have a decent public transportation system in this part of Jacksonville too. And most importantly, everyone gets along real good.