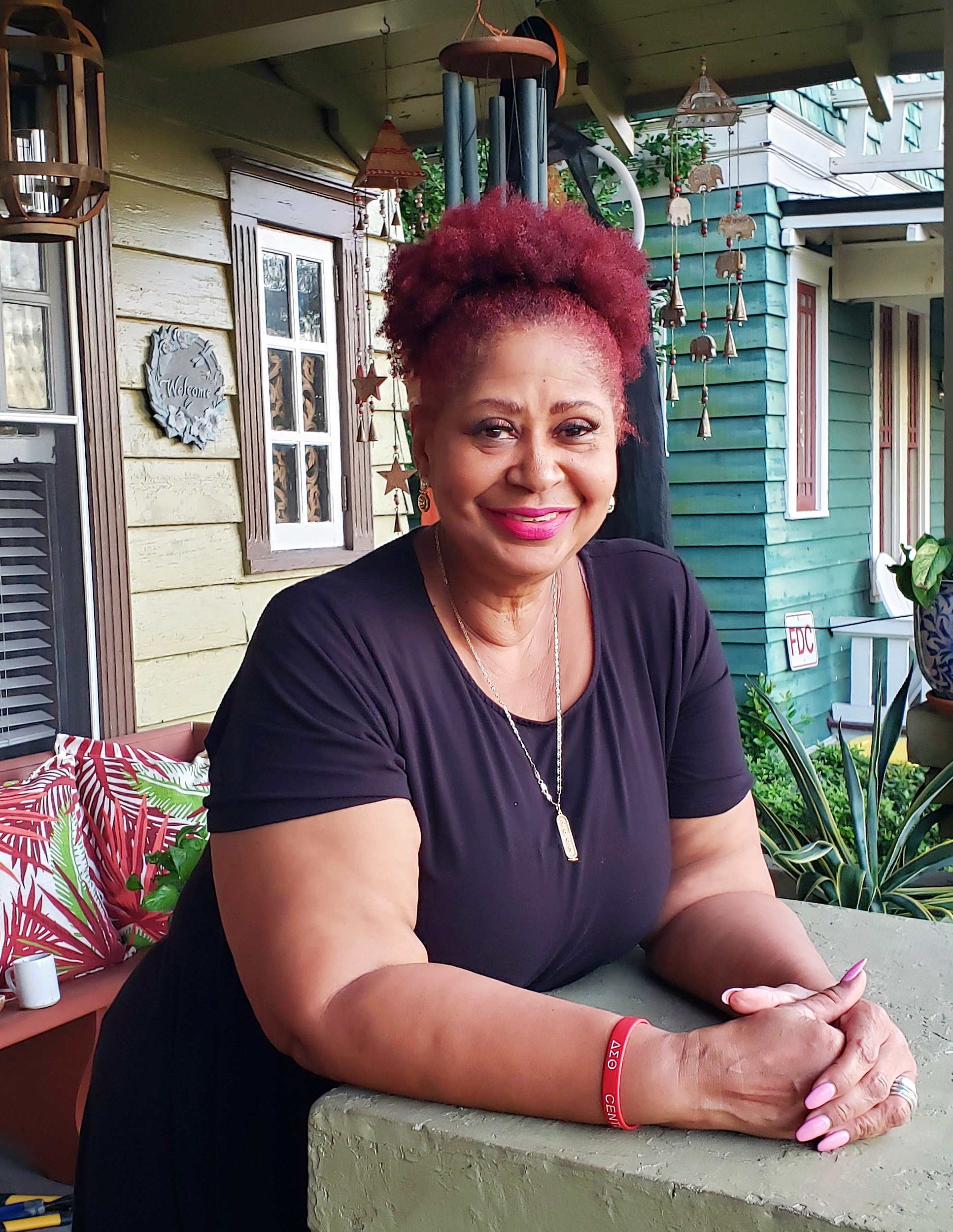 Fun Fact: Carlottra has a heart for volunteering. She's been involved with many organizations through the years, including Leadership Jacksonville (c/o 96), Jacksonville Urban League, and served as our local SHADCO chair (now called Sheriff's Watch) for almost 10 years. She currently serves on leadership committees for the Wells Fargo Community Learning Center and Delta Sigma Theta Society Inc, Jacksonville Alumnae Chapter.

What brought you to the Springfield Historic District?

Believe it or not, it wasn't for the architecture or historic character. I know that's what a lot of people move here for now, but back when I bought in 1994, I was looking for a good deal in the place I would feel comfortable in. And it took some convincing, trust me it did, but I came around and am so glad I did. You see, I was coming out of a divorce and needed a home to call my own. Most of my friends wanted me to buy in Arlington or Southside, definitely NOT Springfield. Anywhere but Springfield! Even the thought of moving to Springfield was laughable to me at the time. This neighborhood was known for drugs and crime then, and not much else. Or so I thought. I had friend in Neighborhood Housing Services who had a meeting in Springfield. There were efforts being made, even back in the early 1990s, to turn around the neighborhood. She knew I was looking for a home and wanted me to visit the neighborhood just to see it, to see what was happening. So I did. I met her at the Woman's Club building on West 7th Street and what I saw shocked me! I saw all these white people, quite frankly, in the room, most who had relocated to live there from out of state. Locals wouldn't move here because of the reputation, you see, so we had lots of newcomers to Jacksonville in the neighborhood back then. So I knew the neighborhood was on the upswing, but I wasn't 100% sold yet. Another friend, Richard Harrell, was recruiting professional blacks to move to the neighborhood and was relatively successful at it. He had a phenomenal personality, so you couldn't help but love him and listen to what he was saying. People who turned out to be community leaders like Tonya Weathersby and The Spanns were recruited by Richard. And that's what really convinced me to come to Springfield: friends who I trusted and opened my eyes to what the neighborhood was aspiring to be. But let me tell you, most of my friends thought I had lost my mind!

How did you know that your home was the one?

Richard Harrell's partner was a Realtor, and he thought this house was a good fit for me. Like I said, the history and historic charm is nice, but it didn't motivate me to buy my home. It was the square footage and price! It was the ROI! I had two requirements: I knew I didn't want to do a renovation myself, so it had to be basically move-in ready.  The other important thing was the specific location - it couldn't be next to problem houses or people selling drugs. So I was introduced to this house, built in 1910, and the rest is history.

What were some of your memories of the neighborhood in first years after you moved in?

It was really a microcosm of society, which I loved. Black, white, gay, straight, old and young. The community was very accepting. I knew from working in the field as an investigator that not all neighborhoods were like that, you know. Some areas I wouldn't feel comfortable living as a black woman. There were some areas where whites wouldn't live. But Springfield was, and still is I think, a place where all people can feel accepted.

But, of course, I have recollections of some crazy incidents too. We had a couple of neighbors who took the lead in confronting illegal behavior here, like drug dealing and prostitution. Everyone called them Starsky and Hutch, like the TV show, because they were always fighting crime on the street. I worried about their safety at the time, but they turned out fine. I was mugged here myself, and lost part of my finger in the process. That wasn't pleasant, but it didn't scare me away from my home. I remember you really couldn't leave anything on your porch - I mean ANYTHING - because someone would steal it shortly after it was put out. Many of the alleys were unkempt and disgusting, with humans feces and used rubbers strewn about everywhere. But we were a very active community at the time, just like people are today, with clean ups and safety walks and other activities meant to clean up the neighborhood and improve public safety. We had a community Christmas party and other things to have a good time. I know we worked closely with the Jacksonville Sheriffs Office and COJ Code Enforcement, specifically Sheriff McMillan and Chief Drummond, to target crime. That was a big deal then.

What types of changes have you seen in your 26 years of living in the neighborhood?

I've seen so much good. Just the idea that you don't have to leave the neighborhood to eat a good meal. That in and of itself is a huge improvement. All the different restaurants and cafes are wonderful. At one time, it seemed like most of Main Street was pawn shops. That's certainly not the case anymore. And I can obviously leave things on my porch now. As you can see, I like to decorate my porch.

I think the City of Jacksonville is more responsive to the needs and wants of residents now, as well. It didn't used to be that way. We were given the run around by the city many times on many issues. I know the community organizations have a big role in that now, but people should never underestimate their own power of advocacy either. One person can make a big difference.

What would you like to see happen with the Springfield Historic District moving forward?

I'd really like to see the city do a better job of educating people about the Certificate of Appropriateness (COA) process and the regulations around renovations in the historic district. I found out what I could and couldn't do by talking to people, because I'm social and like to discuss things with neighbors. But I know neighbors who have purchased homes here who didn't know about the rules, and they've gotten into trouble because of it. I'd also like to see developers seek input by neighbors, not just the business community, when developing projects and policy. I think we're poised to see significant improvements in our community over the next decade and I hope residents have a chance to provide their perspectives, too.

What advice would you have for someone moving in to the neighborhood?

Springfield is like a gated community without the gates. Meaning, we know one another here. We watch out for each other, help each other and enjoy each other's company. Also, support our local businesses! Keep your money in the neighborhood as much as possible because it goes much further. If you see a problem, don't just complain about it. Be proactive. Be positive. Work with people to address it. Lastly, have fun! You can have a lot of fun here.