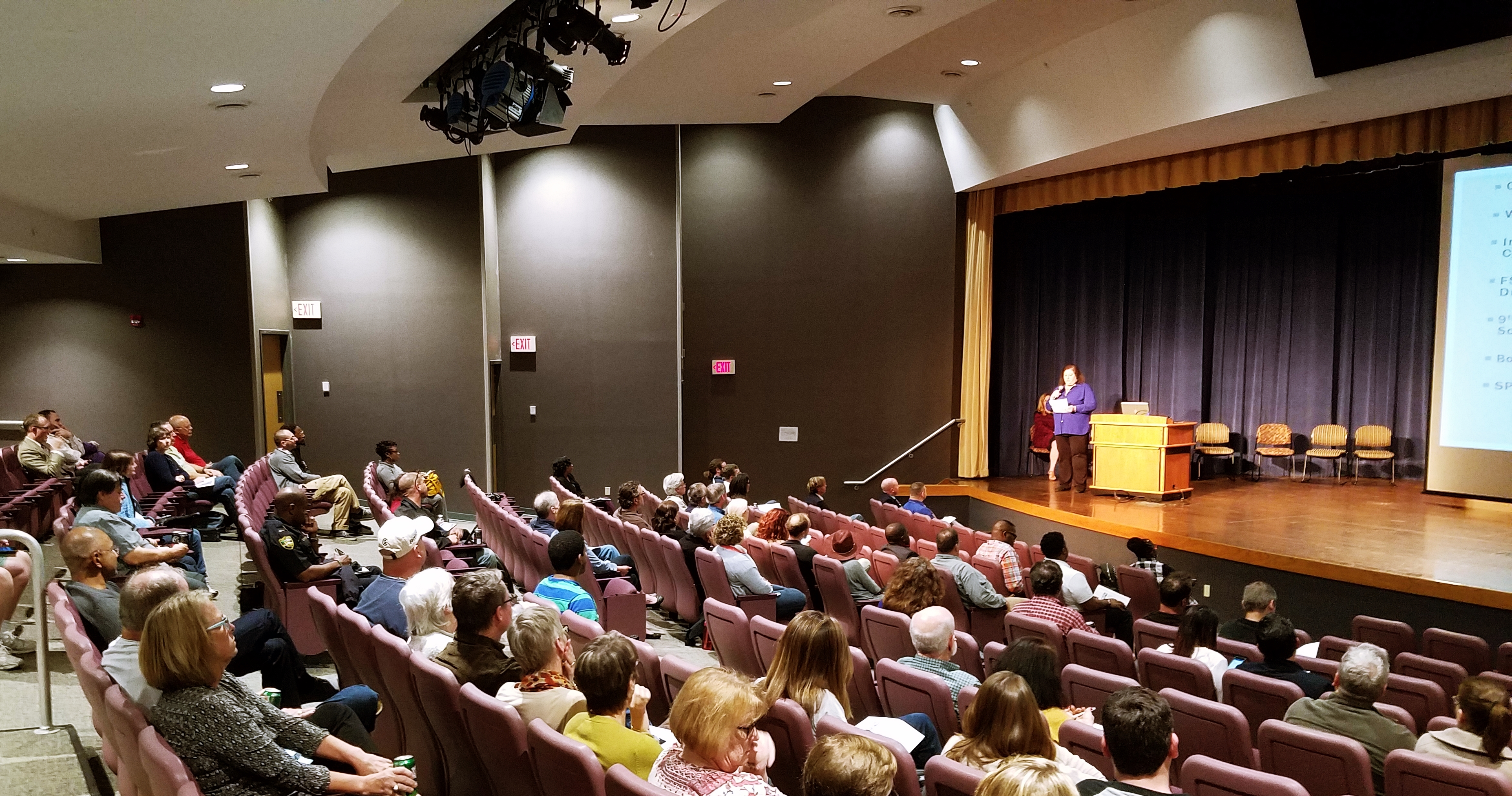 The purpose of the meeting was to share news of projects and efforts in the community, and elect new individuals to the Board of Directors. FSCJ representatives discussed their projects to connect staff and students to Downtown & Springfield, the team planning a restaurant, theater and craft brewery at the "9th & Main" property provided an update on their progress, and a Year-in-Review was conducted, along with Board elections.

Michelle Tappouni, SPAR President, welcomed the crowd of attendees, thanked individuals for their service to the community, and handed off the hosting duties to Christina Parrish-Stone, SPAR Executive Director.

The first presentation from Dr. Chris Holland, FSCJ Downtown President, who shared plans and projects to connect their staff and students to Downtown and Springfield. The newly created partnership between FSCJ and SPAR was touched on, where students are engaging in a study and analysis of historic properties in the neighborhood. The FSCJ Downtown Immersion Project was also explained, where a historic building in Downtown Jacksonville is being renovated into student housing and cafe. That project is expected to be completed by Summer 2017, and FSCJ plans to explore future housing opportunities in the Downtown/Springfield area as well.

The second presentation from Scott Adeeb and Jack Shad provided an update about the proposed plans for the "9th & Main" property, currently owned by the City of Jacksonville. Adeeb, the proposed owner, explained how their plans include a restaurant, possibly a Bono's BBQ, a multi-use theater in which The 5 & Dime Theatre Company would call home, and a craft brewery. Shad, of Windmill Consulting, explained that the only issue placing the project on pause are the results of environmental testing, a necessary step in the process to move forward. Shad reported that these results should be made available before the end of the year, which will dictate how the project moves forward.

At this time, four new candidates for the Board of Directors were introduced: Yolanda Copeland, Joey Marchy, Tim Hope and Jamie Toraason, all running for a 1st term. Bios of each candidate and voting ballots were previously distributed to SPAR members. Copeland and Marchy shared a little bit about themselves and answered questions from the floor, while Hope and Toraason could not be present for the meeting. Voting by members commenced.

While members filled out their ballots and submitted them to be counted, Christina Parrish-Stone conducted a Year-in-Review of SPAR activities, briefly touching on a wide variety of on-going work, projects, and events in the community, both general and specific. Including but not limited to: policy advocacy with local government, partnering with other local community groups, hosting community events and forums, coordinating with law enforcement, media coverage, and supporting local business.

After, Jaimee Stewart, SPAR Governance Committee Chair, announced that all four of the candidates were elected to serve on the Board.

At the end of the meeting, tickets to an upcoming 5 & Dime show were given away, along with other freebies.

About 100 people attended the meeting, ending at 7:45pm 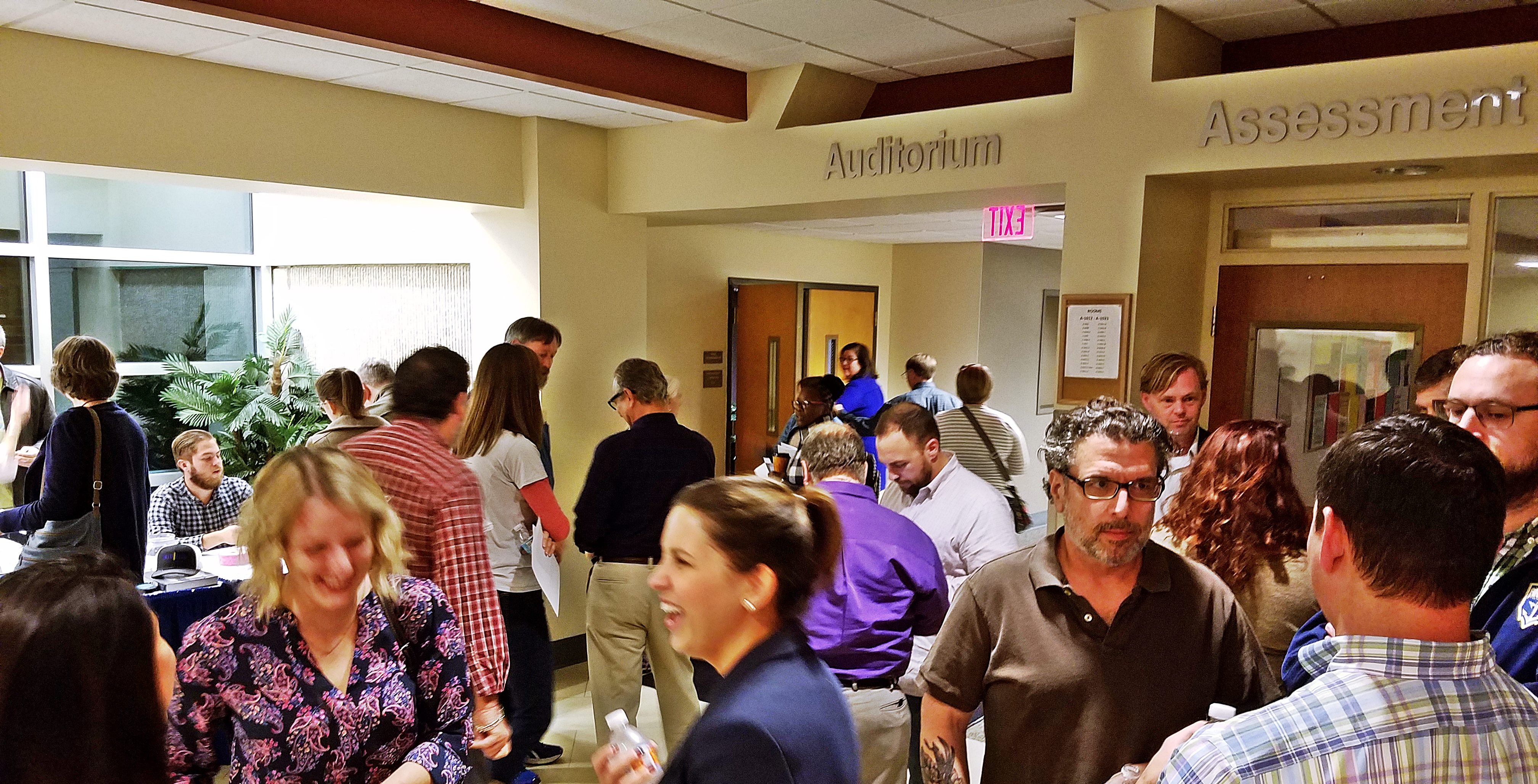