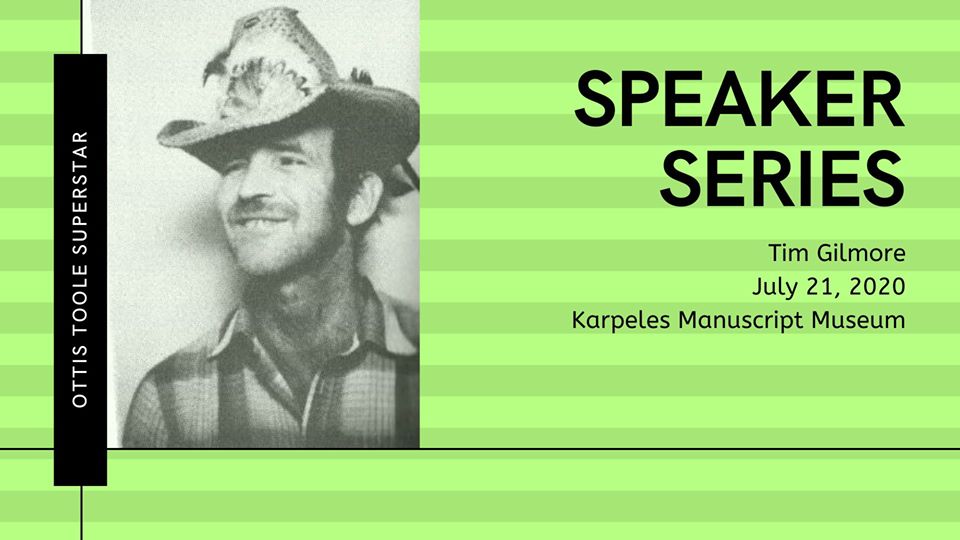 Depending on your source, you’ll hear that Ottis Toole was a serial killer, a cannibal, a secret agent and spy, a Satanist. You might hear that he, alongside his lover Henry Lee Lucas, murdered hundreds of people. You’ll certainly hear he killed Adam Walsh, the young son of John Walsh, who went on to host the TV show America’s Most Wanted.

Toole grew up in Springfield in the 1960s and ’70s and loved to set old houses on fire, but it’s quite possible that everything else you’ve heard about Ottis Toole is wrong. So who was Ottis Toole really? How did he conform to what people wanted him to be? And what does what we believe about him say instead about us?

In addition to speaking about Ottis Toole, Tim Gilmore will provide a sneak peek of his upcoming book, It’s called Murder Capital: Seven Stories, 1890s-1980s and touch upon the sensationalist trial of Marie Louise Gato, who was shot at her Springfield home at 2112 Silver Street in the 1890s.

Tim Gilmore writes about the haunted South. Gilmore is the author of 19 books, including Stalking Ottis Toole: A Southern Gothic. Gilmore is the founder of JaxbyJax, a literary arts festival, and the writer and creator of www.jaxpsychogeo.com. Gilmore teaches Literature and Writing at Florida State College, where he was awarded a 2018 Distinguished Faculty Award. The Cultural Council of Greater Jacksonville named Gilmore the 2018 Literary Artist of the Year. He holds a Ph.D. in English from the University of Florida.

All Speaker Series events are free, but registration is required.

Rachael England
Sorry, this event is sold out.