Meet the 2021 Candidates for our Board of Directors

Let us introduce you to our 2021 Candidates for the SPAR Board of Directors! The Board of Directors is presenting Jason Hardwick and Alejandro (AJ) Rodriguez as new candidates who would bring valuable skills, passion, and knowledge to our organization. In addition, John Shermetaro (current Treasurer of SPAR), Christine Lane, Ryan McFarland, and Bryant Shumaker are all seeking reelection to the Board for a second and final term.

Please learn more about the candidates by reading their bios below. If you have any questions for them prior to voting at the annual meeting, please submit them before December 6th to [email protected] and the candidates will provide their answers at the Annual Meeting.

SPAR members will be able to vote on candidates at our Annual Meeting this coming Tuesday, December 7th at Hyperion Brewing Company. Doors open at 5:30 pm. Aside from voting, SPAR members will receive updates about on-going projects and efforts in the community. 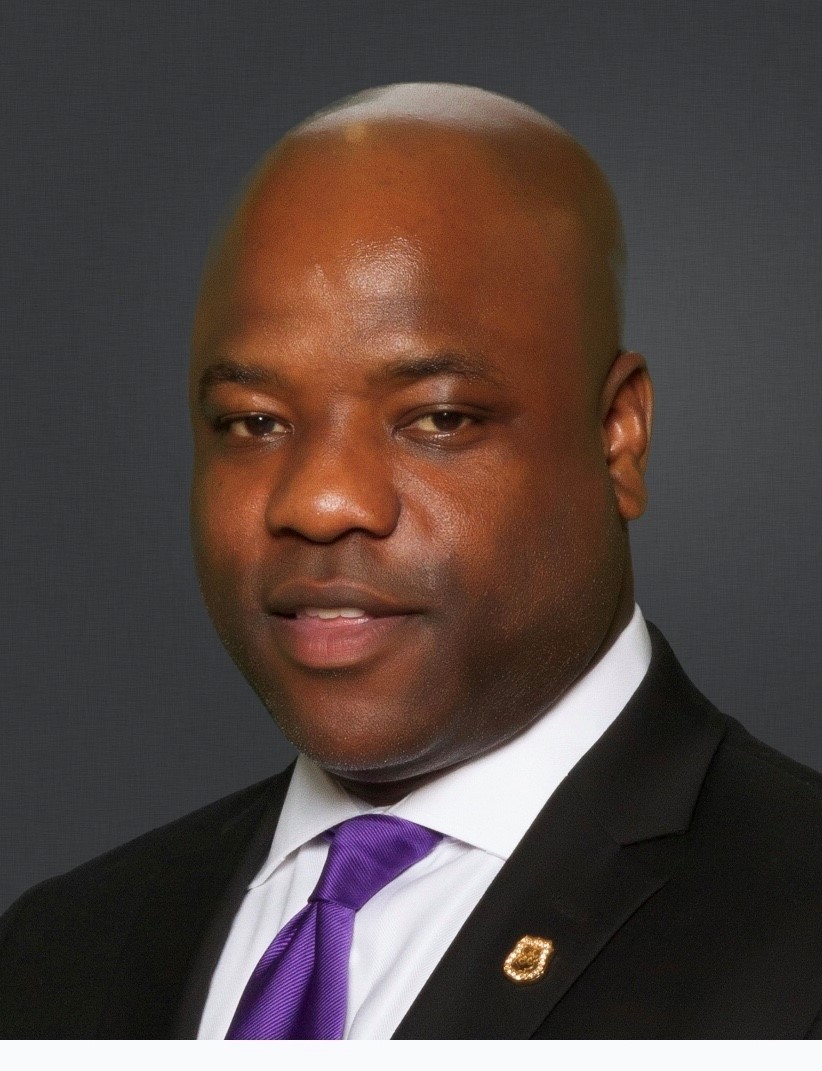 Jason A. Hardwick is a native of Jacksonville, Florida where he grow up in a loving family as the middle child of five children.  He acquired a passion for learning while attending Duval County Public Schools ultimately graduating from William M. Raines Senior High School.  Jason continued to pursue his passion at Florida Agricultural and Mechanical University (FAMU) where he obtained his Bachelor of Science in Business Economics, and later earned his Master of Healthcare Administration from Webster University.  Jason is the proud father of three teenagers and a devoted husband to his wife Bridgette.

Jason works as a hospital executive where he currently serves as Director of Hospital Operations and Patient Experience.  Jason has a desire to give back to his community by developing others for career and personally growth.  Jason also serves his community in a variety of roles.  Jason is Basileus of Omega Psi Phi Fraternity, Inc. Theta Phi Chapter, Board Member of Omegas 4 Change, UNCF Leadership Council member, President of the Trout River Bluff HOA, America’s College of Healthcare Executives member, member National Association of Health Services Executives, member of American Association of Healthcare Administrative Management, NAACP Health Committee member, Certified Patient Experience Professional, FSO Emergency Preparedness and Disaster Recovery Chairman, and America’s Essential Hospitals Fellow.  Jason brings a unique combination of professional, community, and executive level healthcare experience to the SPAR Board of Directors.  Jason is captivated by the growth he has personally observed in the Springfield Community throughout his life, and aspires to be a conduit to improving the overall health and wellness of Springfield residents.

In the words of Denzel Washington, “If you hang around the barbershop long enough, sooner or later you’re going to get a haircut”.  Jason believes that if you hand around good people who do great things, you will become a better person who does even greater things.  The Springfield Community is doing great things; I am honored to have the opportunity to collaborate with the community to do even greater things. 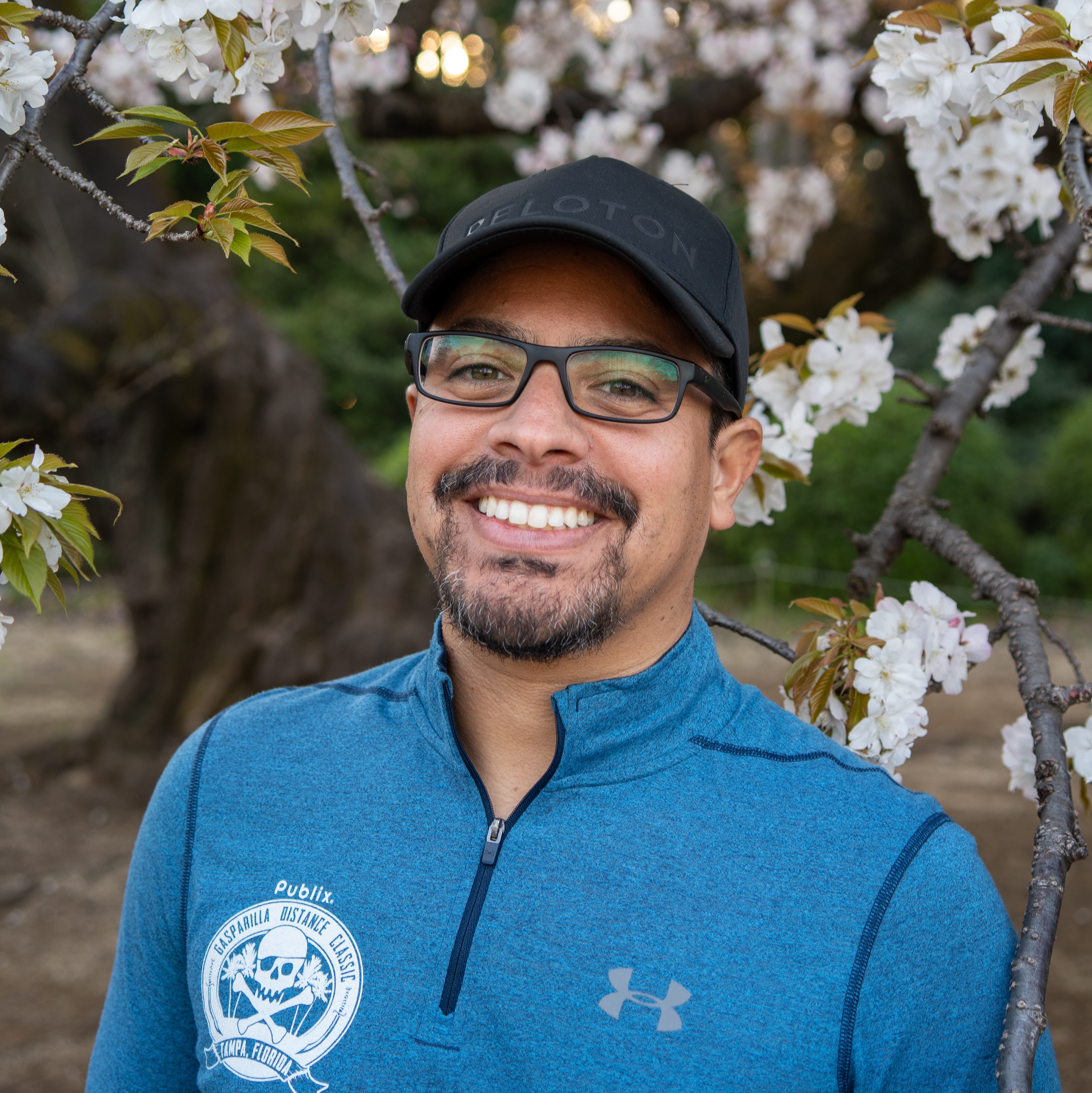 Alejandro (AJ) Rodriguez was raised in Puerto Rico, moving to Chicago in 2002 to attend DePaul Univeristy.  In 2006, AJ relocated to St Petersburg in search of warmer climate.  AJ made his career as a corporate accountant at a Fortune 100 company based out of Clearwater.  During his time in St Petersburg, AJ was actively involved with the neighborhood associations where he served as the Public Safety Chair of C.O.N.A.  During his tenure of Public Safety Chair, he mended relationships with the St Pete Police Department and increased the use of neighborhood policing.  Neighborhood policing led to a decline in neighborhood crime due to enhanced education of common sense residential safety practices.  AJ culminated his tenure in C.O.N.A. as President where during his tenure a Diversity, Equity, and Inclusion sub-committee was created.  This committee was created to give a voice to smaller voiced affinities and ensure that equitable policies were passed in the city.  (ie. affordable housing, local code modifications, etc…)

Being married to a Jacksonville native, work from home gave them the opportunity to relocate closer to family.  When AJ and Robert decided to relocate, they limited their home search to Springfield as they fell in love with the walkability, community, and diversity.  They could not imagine living anywhere else in Jacksonville.  In December 2020, AJ and his husband of 7 years packed their bags and settled into Springfield as their next home.

During their short time in the neighborhood, AJ quickly got involved by helping with neighborhood banners, disassembling the Christmas tree, being a volunteer photographer for the July 4th baseball game and volunteering in Porchfest. In his spare time, you can find AJ running the neighborhood or sampling some of the new brew offerings at the local brewery. 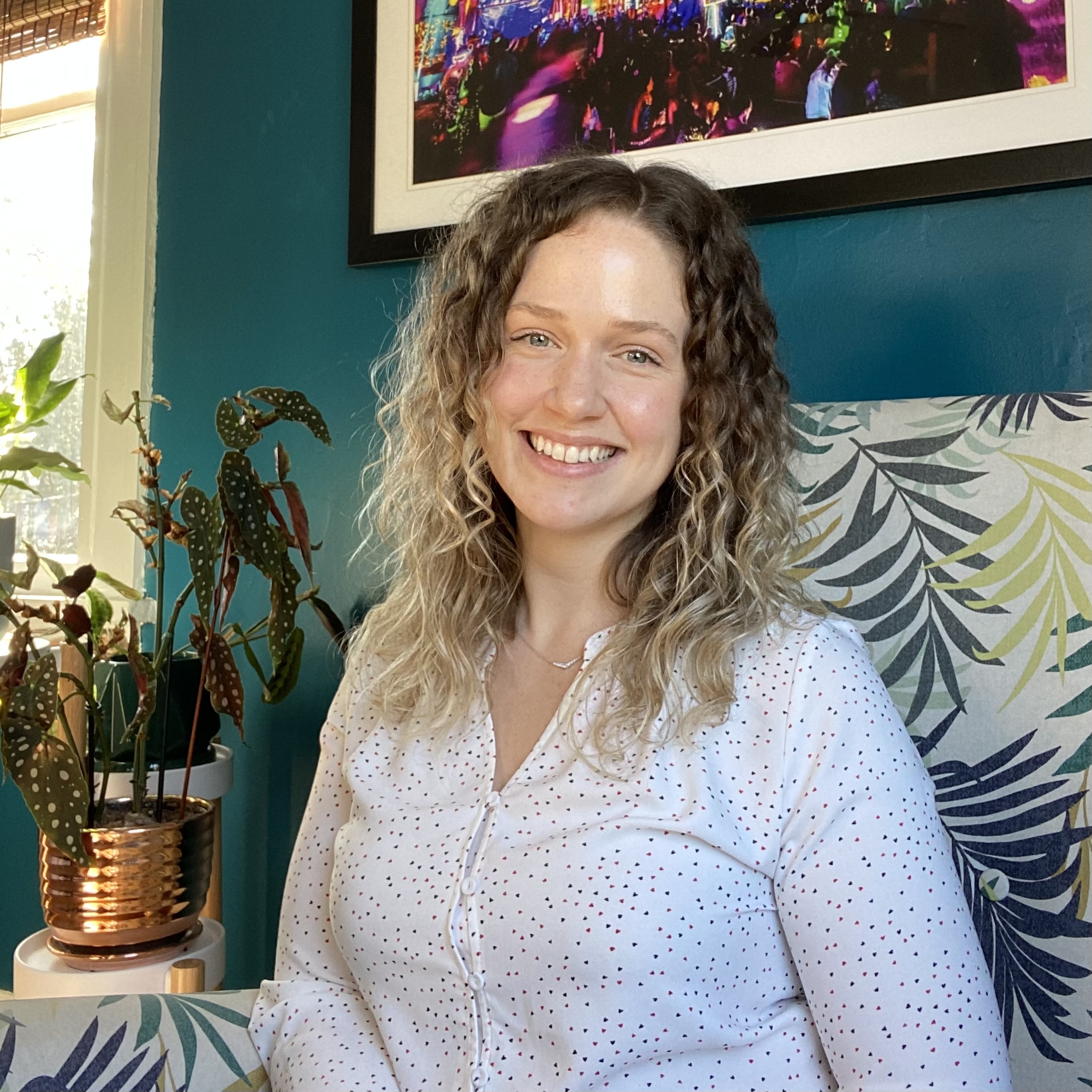 Christine Lane has lived in Springfield since April of 2017 and has been on the SPAR board for three years. She was raised in Western New York and received her bachelor’s degree in Environmental Design from SUNY University at Buffalo School of Architecture and Planning. As for her career, she’s a professional grant writer and has successfully secured millions of dollars for Florida local government clients for various projects in environmental resiliency, planning, infrastructure rebuilding, parks and recreation, emergency management, and public safety. She’s brought her grant skills to SPAR by developing an inventory of grants that the organization can pursue now and in the future. She’s owned two historic homes in Springfield, and now resides in a beautiful craftsman style home on the westside with her partner, Errett, and their cat Suzy.

For SPAR, she has served on several committees, including Commercial Corridors, Commercial & Residential Infrastructure Committee (CRIC), Fund Development, and Block Captains. She’s become deeply involved with the community and has consistently shown her commitment to SPAR by working behind the scenes on various projects, regularly volunteering at community events, including PorchFest, Music on Main, and neighborhood cleanups, and acting as an advocate and champion for the neighborhood. Christine has a strong personal belief that Springfield is the true heart of Jacksonville, because unlike our suburban neighbors, our front porches are the focal point of socialization, a place where we can mix and mingle, connect, and make friends with those around us. Christine is proud to call Springfield her home and genuinely recognizes its value as a community. She wants to serve a second term because she believes as an organization we need to work to maintain the fabric of the neighborhood we love as it becomes more densely populated and more developed over the next few years. She is proud to serve on the SPAR board and is happy to dedicate her time and energy toward preserving what she loves about this neighborhood. 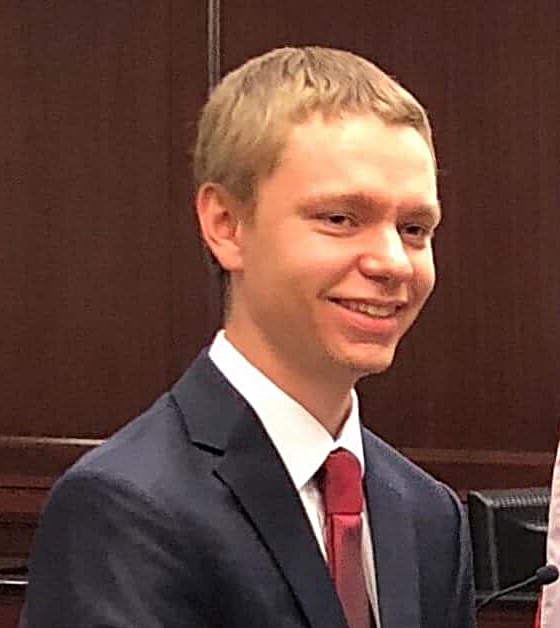 Ryan McFarland grew up just outside Jacksonville and moved into the city while attending the University of North Florida. He graduated with a Bachelors in Economics in 2014 and moved to Tallahassee to attend law school at Florida State University. While in law school, Ryan wrote on to the Law Review and earned a business certificate with honors after completing multiple tax law courses. Ryan works as a criminal defense attorney at Kent & McFarland with a focus on federal and state criminal appeals.

While in college in Jacksonville and working part-time at a law office in San Marco, Ryan became an avid follower of the redevelopment that was resuming around the urban core of Jacksonville following the recession. Ryan became a regular reader of the Daily Record, Jacksonville Business Journal and MetroJacksonville (now The Jaxson). In anticipation of returning to Jacksonville following law school, Ryan and his wife Brianna searched for a place to live near downtown Jacksonville. They fell in love with the Springfield Historic District soon after discovering it and moved to the corner of 3rd and Walnut in 2017. Ryan and Brianna have enjoyed the vibrancy of the community in Springfield and look forward to helping it continue to develop. 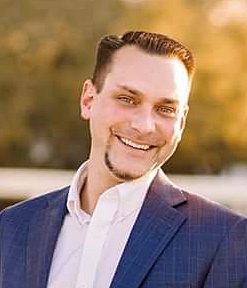 John Shermetaro is a Florida State University graduate that’s lived in the Sunshine State his entire life. John has been involved in the hospitality industry since the age of 16; experience including full service hotels, restaurants, independent living centers and hospitality brands ranging from Intercontinental Hotels Group to Marriott. In June of 2013, John was awarded the distinction of “Certified Hotel Administrator” from the American Hotel and Lodging Educational Institute. He currently serves as the Regional Manager with the Florida Restaurant and Lodging Association in Northeast Florida and is a licensed Realtor.

John says that Springfield is unlike any community that he has ever been a part of, and seeing the evolution of the neighborhood has been a positive and fulfilling experience. He looks forward to continuing to bring new ideas and being more intimately involved in the neighborhood's revitalization. 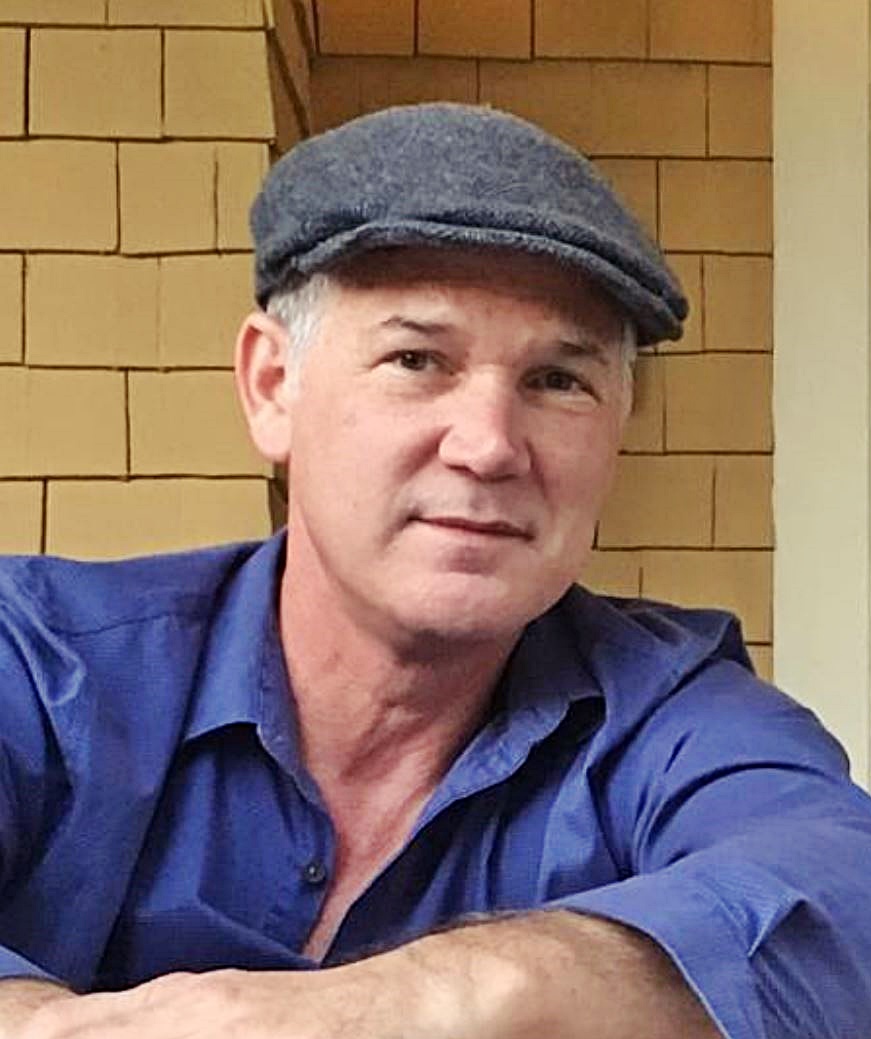 Bryant Shumaker has a Mechanical Engineering degree and currently works as a Project Manager, Data Analyst, and Business Information Systems Consultant. He enjoys being out in nature, whether on foot, on a paddleboard or on his sailboat. He also enjoys travel and the history that emanates from locations both here and abroad. His latest hobbies are those of trying to match wood trim stain colors and watching for peeling exterior paint 30 feet in the air.

Bryant was born and grew up in Florida and lived in New York City and Los Angeles before returning to Florida in 2014. After living at the Beaches for 3 years, he and Hallie (his significant other) decided to begin looking at houses in the historic neighborhoods in and around Jacksonville. It did not take long for the Springfield Historic District to become a preferred location. Bryant and Hallie bought a house and moved into Springfield just before Halloween 2017. From then on, they have found the sense of community both refreshing and inspiring.

Bryant’s interest in serving on the SPAR Board of Directors is multifaceted, but primarily, he seeks to help SPAR in its continuing efforts to maintain the history and integrity of the community while finding ways to move Springfield forward, toward being one the most desirable neighborhoods in the region.